The GOP may be turning on Trump 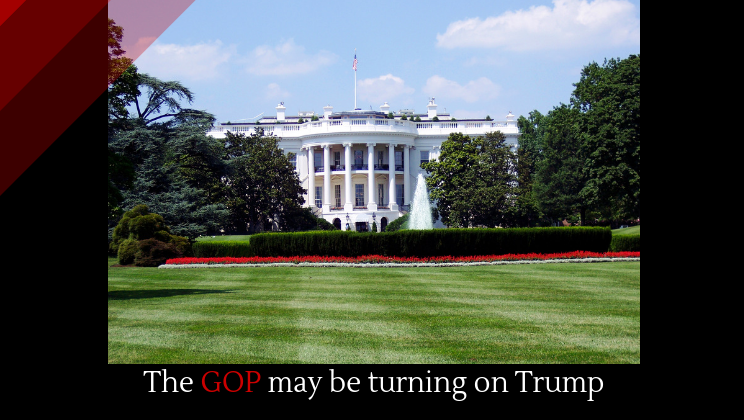 Through the tumultuous past three years, the GOP has stood behind Donald Trump. But now that support for Trump’s impeachment is on the rise and he’s making terrible choices, the GOP may be turning on him.

A former counselor to Paul Ryan said, “Everyone is getting a little shaky at this point. Members have gotten out on a limb with this president many times only to have it be cut off by the president. They know he’s erratic, and this is a completely unsteady and developing situation.”

Even Lindsey Graham, who has stood close by Trump, is turning on him over his plan to pull troops out of Syria. Graham said the move might lead to a revival of the Islamic State. Even Fox & Friends managed to stop its Trump butt-kissing long enough to criticize him for his idiotic Syria plan.

A former Trump organization executive believes that Trump will resign rather than face the indignity of impeachment. If things continue to move as quickly as they have in the past week, we may have a new president within the month.