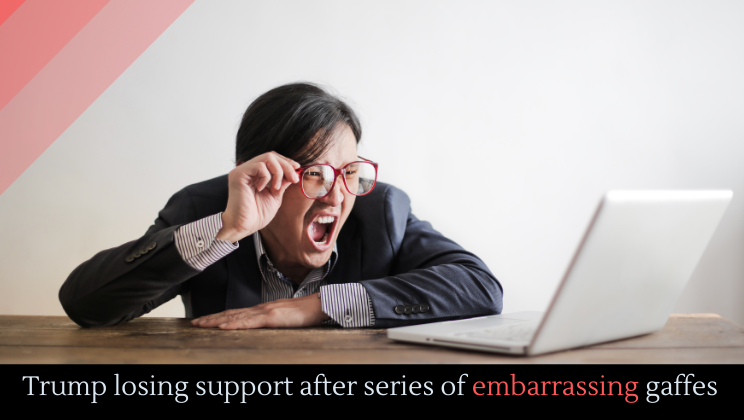 Trump has had a bad week. After news broke that he called our war dead “suckers” and “losers,” and after he insulted evangelicals behind their backs, and after the Woodward tapes came out, Trump’s poll numbers are falling.