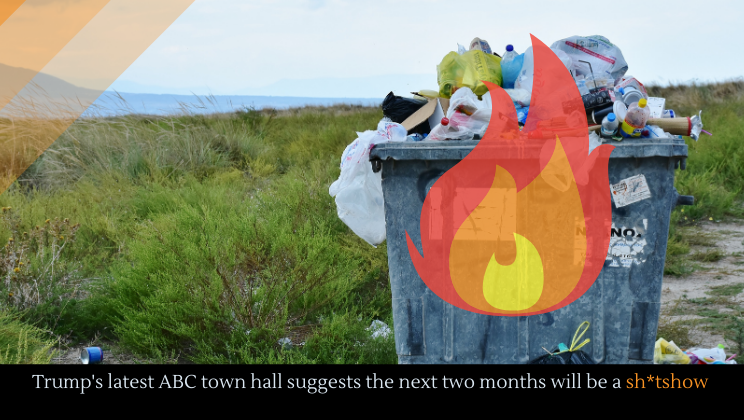 So Trump did a town hall, and it was, to put it bluntly, a catastrophe. He didn’t answer hard questions, the audience came at him hard, and his supporters on Fox News said he got “ambushed” by questions. What the heck is the next two months going to look like if Trump can’t do a simple town hall without a controversy exploding?

His supporters’ apologetics aside, Trump has had a bad week. After news broke that he called our war dead “suckers” and “losers,” and after he insulted evangelicals behind their backs, and after the Woodward tapes came out, Trump’s poll numbers are falling.