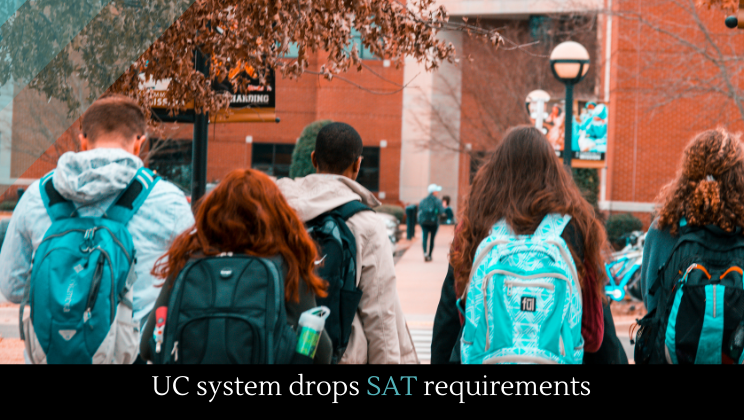 The University of California system has dropped its SAT requirements, which critics have accused of harming low income students’ changes of admittance.

Two months ago, Lori Loughlin, the former “Full House” star who is accused of bribing her children’s way into college, has finally agreed to plead guilty. For her attempt to circumvent what little meritocracy is left in higher education, she’ll have to pay $150,000 in fines (a fraction of her initial bribe…so…yeah), spend two months in jail, and do some community service.