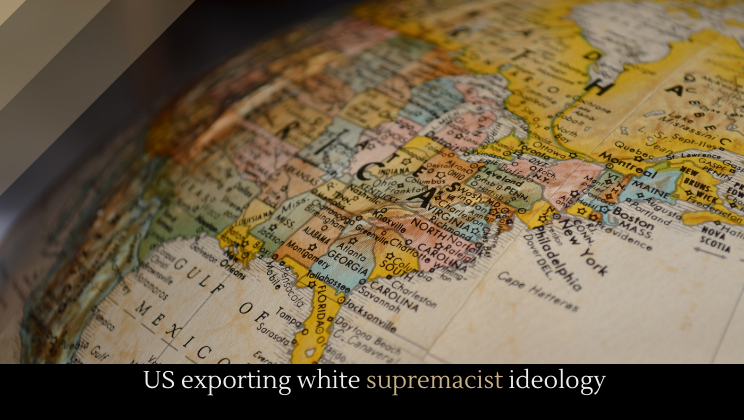 The acting director of the National Counterterrorism Center told an audience that the world sees the United States as an exporter of white supremacist ideology, an unexpected consequence of globalization.

The shooting in Christchurch sparked worldwide outrage. One of the perhaps unexpected consequences of that shooting is that critics from around the world blame the Unite States for spreading such the kind of white supremacist ideology that inspired the Christchurch killer. Donald Trump denied that white supremacy is on the rise around the world a a consequence of the United States.

Critics, however, say otherwise. Karam Dana, a professor of Middle East politics and director of the American Muslim Research Institute at the University of Washington, Bothell, has said that the “United States is the epicenter of the world in terms of how white identity is seen.”