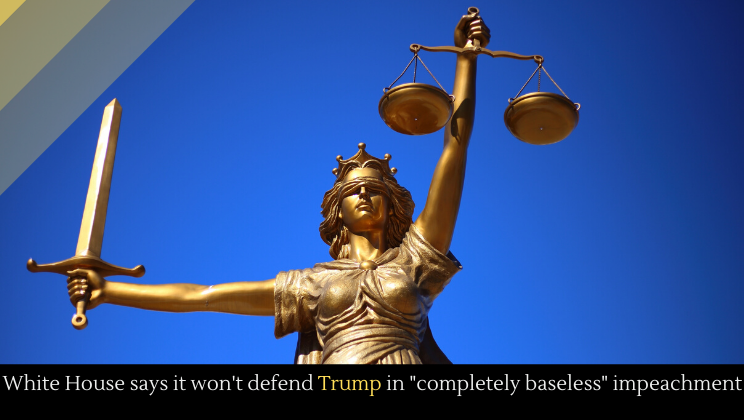 In a strongly worded letter, the White House suggested that it did not intend to defend President Trump in the impeachment hearings.

“House Democrats have wasted enough of America’s time with this charade,” wrote White House counsel Pat A. Cipollone, “You should end this inquiry now and not waste even more time with additional hearings.”

But perhaps the White House shouldn’t be so cavalier. Trump is in very hot water. A recent poll reveals that 50% of the country wants Trump impeached and removed from office.