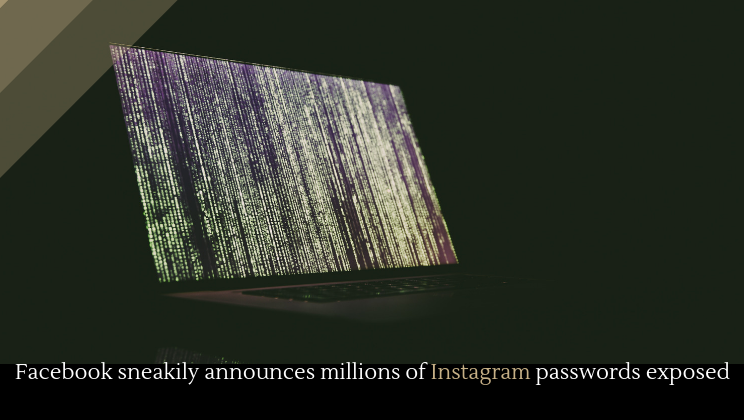 Well, they weren’t exactly honest about how many Instagram passwords were leaked––and they revealed their “mistake” in the sneakiest possible way. While every other reporter and reader in the country was focused on the Mueller report, Facebook made a little adjustment to the blog post cited above: “(Update on April 18, 2019 at 7AM PT: Since this post was published, we discovered additional logs of Instagram passwords being stored in a readable format. We now estimate that this issue impacted millions of Instagram users.” Facebook said they would notify users whose passwords were exposed.

We have covered, again and again, how bad things have been for Facebook in the past few years. David Carroll, associate professor at Parsons School of Design in New York, also believes that Facebook might have been dealt its death blow but just doesn’t know it yet. From their international scandals and legal troubles to Sheryl Sandberg’s fall from grace, Facebook’s reputation has been pummeled and their share price has suffered accordingly.