Everything you should know about the State of the Union 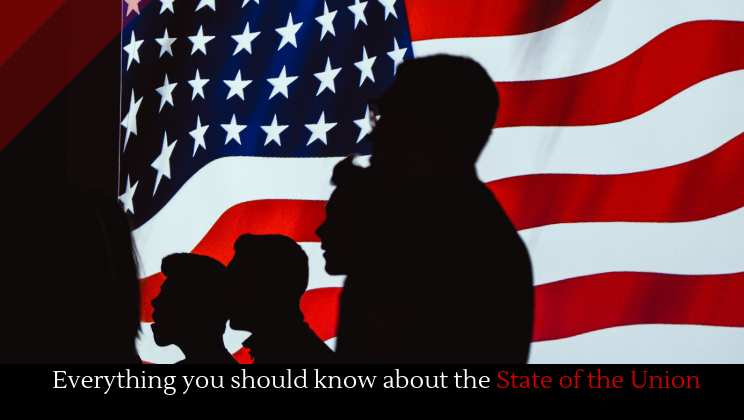 But the drama did not end there. The day of the speech, Trump was speaking out of both sides of his mouth. According to Kellyanne Conway and others, Trump was expected to call for unity during the State of the Union. But at a lunch for TV anchors, Trump hardly embodied the spirit of unity. According to the New York Times, which cited sources in the room, Trump called former Vice President Joseph Biden “dumb,” called New York Senator Chuck Schumer a “nasty son of a bitch,” and made fun Gov. Ralph Northam of Virginia for “choking like a dog” at a news conference about his alleged racist yearbook photo. This are the abbreviated versions of his insults––they came amidst a much longer rant about these Democrats.

It seems, however, that Trump’s aides won out. In the end, his speech did focus on unity. The only problem, as both conservative and liberal observers noted, was that while calling for unity Trump also stood by his claim for a wall, his most divisive demand. He also called the investigation into his administrations divisive.

Besides immigration, which was a huge part of his speech, Trump also called for the parties to unite in a fight against issues that are easy to bring both sides of the aisle together: fighting childhood cancer, improving infrastructure, making healthcare costs transparent, and insuring more people.

Trump also announced that he will have another nuclear summit with the leader of North Korea, Kim Jong Un.

Fact checkers at the The New York Times and Washington Post suggest that Trump was largely truthful in the State of the Union, but there were certainly some exaggerations and even outright falsehoods. For example, Trump called illegal border crossings a national crisis, but the number of illegal crossings has been declining for twenty years. He also lied about his own record, claiming that he cut more regulation than any other administration (untrue) and that under his administration the United States economy is the best in the world (again, not true).

Finally, it is noteworthy that Trump attempted to highlight the role of women and minorities, perhaps attempting to share (or steal) some of the Democratic thunder from the midterms.

The New York Times has the entire transcript here if you want to read it for yourself (and skip the painful applause breaks).